Metropolitan Corporate Academy students, parents, educators, and alumni came together in powerful unity on Thursday, January 14, 2010, speaking passionately and courageously about their school.

While the building doesn’t present itself as much from the outside, we instantly felt the sense of community and family upon entering the door.Testimonies focused on students and staff’s love for their school, despite its many challenges. The school’s debate team proudly held their first place trophies in front of John White and presented him with a large stack of student signed petitions. The video not only captures the passion and spirit of the Metropolitan Corporate Academy, but it clearly demonstrates how far off course the New York City Department of Education has gone. 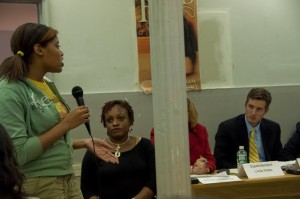 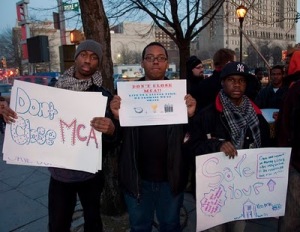 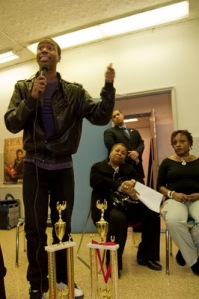