Posted by The Inconvenient Truth Behind Waiting For Superman ⋅ June 27, 2009 ⋅ Leave a comment 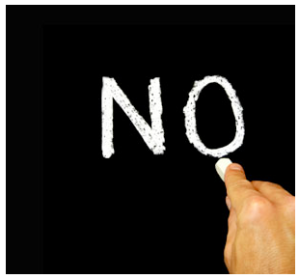 Anyone who opposes the Weingarten/Patterson/Bloomberg “team” effort to foist more of the same kind of mayoral control on the city for several more years needs to show up tomorrow in Harlem to tell them absolutely not.

They’ve had their chance to improve education in this city, and nobody’s better off — not the kids, not the teachers, not the marginalized parents. In fact, we’re in crisis.

NYCoRE says two borough presidents, the principals’ union, and local officials will also be there to “encourage the State Senate to vote on mayoral control and not allow the legislation to sunset.”

We who feel letting the legislation sunset is the only option at this point in time must be there to bring that point home.

OR LET THE LAW SUNSET!

Bring your signs, bring noisemakers, bring pep pills and a sac of throat lozenges, and be ready to make some noise.

. . . about how the Mayor and his supporters are fear-mongering, in an attempt to convince the public that “chaos” and “confusion” will reign supreme if the law is allowed to sunset Tuesday night. See today’s NY Times, and the Daily News – which make it clear that these predictions of disaster are to try to force the Senate’s hand into acceding into the Mayor’s demands and accept the Assembly bill unchanged.

As Bloomberg has warned, if they try to change one word in the Silver/Padavan bill there will be riots in the street.

Nonsense! Remember how chaotic all the changes the school system have been under this administration? The destruction of the districts to make regions, the elimination of the regions to make SSO’s, the chaos created when preK and G and T admissions processes were centralized, the Kindergarten waitlists, the increases in overcrowding and class size, the attempt to close zoned schools and put charters in their place?

In fact, the philosophy of this administration has been to provoke as much “creative confusion” as possible, to enhance their lock on the system. Early on, Joel Klein told a reporter: “By doing the reorganization and actually causing some creative confusion in the system, it does make it harder for people to just rock back.”

What they fear is not chaos but the loss of total power. Riots in the street? Only if Bloomberg personally pays the rioters will this occur.