For WBAI supporters and believers in progressive community radio

Posted by The Inconvenient Truth Behind Waiting For Superman ⋅ June 16, 2009 ⋅ 1 Comment 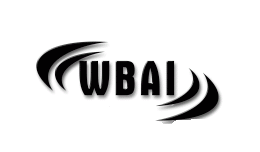 For decades, New Yorkers have relied on WBAI for radio that provides real news and perspectives not filtered by corporate media. Now, exploiting a real financial crisis, the station is under attack. Please come out to a demo in front of the station on 6/17 to TAKE BACK WBAI!

WHAT: DEMONSTRATION TO TAKE BACK WBAI!!! KEEP WBAI 99.5 ALIVE AND UNDER LOCAL CONTROL!

WHY: Drastic changes at the station are being imposed by the Pacifica Foundation without community input or due process. In recent months, Program Director Bernard White was fired and banned from the airwaves and building, and General Manager Tony Riddle was removed. Both have been replaced with Pacifica staff from California. There is an eery silence about the changes on the air, as staff has been warned by Pacifica Interim Director Grace Aaron that they will be removed if they discuss any topic that she deems a “risk” to Pacifica.

Already, Ayo Harrington – a producer of the “On the Count” criminal justice program – has been summarily dismissed and banned without explanation. “Wakeup Call (morning show) producers Don DeBar (news editor) and Mimi Rosenberg (Wednesday host) have been removed. All three are critics of the coup. The new management, backed by the current majority of the Local Station Board, wants to change programming to bring in more revenue. They started by chopping an hour off Wakeup Call. This is just the beginning in what will be a shift away from the issues of the disenfranchised and towards more well-heeled listeners.

Recently, Amy Goodman and Juan Gonzalez of Democracy Now! have criticized these events taking place at WBAI through a written statement. Regarding the broadcast of Democracy Now! at 8 AM, which shortens Wake Up Call by one hour, they said, “This decision disturbs us deeply and we ask that it be reconsidered.”

They also said: “Given Bernard’s decades of dedication and devotion to ‘BAI , the way he was treated lacked basic human consideration.”

FOR MORE INFORMATION: Call 212-561-7231 or go to www.takebackwbai.org, www.justiceunity.org, www.wbixradio.org, www.wbaix.org, or Google “take back wbai” to find us on Facebook.

COME DEFEND THE WBAI YOU KNOW AND LOVE. Let’s come together to rebuild the station we want.